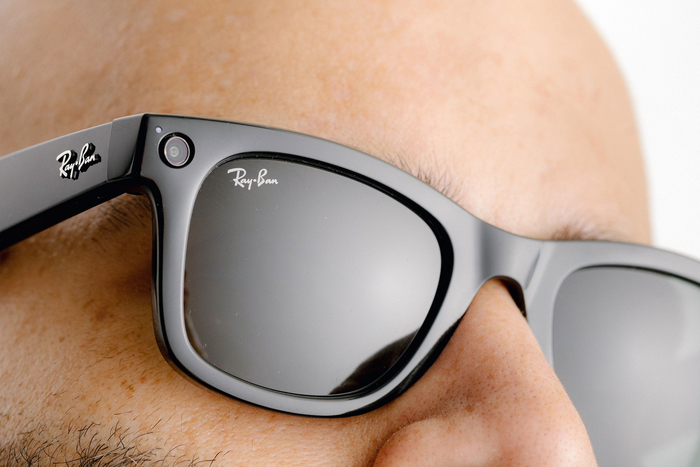 For the first time, Facebook collaborated with Ray-Ban to introduce its long-awaited smart glasses. For now, the Facebook smart glasses concept will focus on capturing photos and shooting short videos rather than augmented reality. Perhaps the videos will be no longer than 30 seconds to upload to Facebook as well as non-Facebook apps such as Twitter, TikTok and Snapchat.

Facebook and Ray-Ban were not the first movers to design Facebook smart glasses. This means Facebook enters an increasingly competitive market. Significant players such as Amazon.com Inc, Google, Microsoft Corp, Apple Inc, and Snap Inc are in the competition. They have all hustled to build various smart eyewear solutions. However, due to high price value and architectural design flaws, early offerings such as Google Glass struggled to find a market.

Snapchat also tried to sell a similar product called Spectacles in 2016. But it met the same fate as Google Glass. In fact, this year the launched AR glasses were not for sale. They were offered only to AR creators. Snapchat glasses with growth and improvement are in their third generation. Yet the vision of the target market has not been captured. In 2017, the business recorded a $40m write-down on the value of unsold inventory.

Facebook lives with you everywhere. In your houses for entertainment, in your offices for advertising and digital marketing purposes. Also, in your kitchens to advertise your cooking and nutrition, and much more. Moreover, in resorts, streets, and roads, to showcase your lifestyle and experiences. Now it will be on your face to share the same experience with many more improvements.  However, one can capture the first-person perspective by just wearing glasses.  They can capture doing whatever activity they choose. Like riding a cycle, travelling through buses. Walking through beautiful and adventurous places.

However, Facebook and Ray-Ban hope that this product will attract much more customers than the earlier ones. The company is hopeful that Facebook smart glasses will be the pair of smart glasses people really want to wear. Due to the curiosity of ongoing development and enhancement, people will enjoy experimenting with these pairs of glasses. Ray-ban Stories are smart spectacles featuring a built-in speaker and microphone.

You can keep the focus on what you are doing with Facebook smart glasses and you don’t have to decide between being on your camera and being fully present. This way, you can spend every ounce of time with your loved ones while preserving these priceless moments for the family. It fulfils the definition of being with someone you love and being present in the moment. And this technology will capture these moments.

To the human eye, the Facebook smart glasses appear to be very similar to traditional Ray-Bans. However, the clear aspect of this product is hidden by a variety of intelligent features. Like a pair of camera sensors with a 5-megapixel view.  5.0 embedded Bluetooth and Wi-Fi sync. Also, battery storage is enough for 500 images. To take an image, a user has to touch and hold on the right side of the glasses. But if a user wants to shoot a short video he has to press it once.

Also, there is a touch area to control music and calls on the right side of the Facebook smart glasses. A user may tweak the volume left or right. Or touch twice to answer and finish calls from a phone. An algorithm for background noise reduction delivers an improved calling experience.  A Facebook voice assistant is also embedded in the glasses. Three microphones to provide a rich transmission of sound and voice for phones and films. Those mics also allow the Facebook smart glasses to be controlled by voice control for a hands-free experience.

The glasses are not an individual product; thus, music and calls can be transmitted through Bluetooth to the Facebook smart glasses.  Primarily, it also reduces the cost of earbuds. Possibly, it requires the usage of a Facebook View App on iPhone or Android for managing and setting up glasses. However, the media appears in a section of the app when a user takes a picture or video.

A user can then download these pictures or videos for storage and edit them on the device. One can share those images and videos on Facebook and other Facebook-owned platforms including Instagram, WhatsApp, Messenger. Also non-Facebook apps like Twitter, TikTok, Snapchat and many more. This is an ongoing product. So, it will come with amazing updates in the future.

Not Yet, Augmented Reality Featuring

The Facebook smart glasses called “Ray-Ban Stories” were uncovered on Thursday by the social media platform. While the glasses don’t have augmented reality (AR) yet. Facebook has stated that it will add this feature in the future. The company believes that smart glasses will lead to a new age of communication and in-person interaction. Monisha Perkash stated that our aim is to help design technologies that will let individuals feel connected any time, anyplace. Also, we want to generate a sense of social presence, the sensation of being right there with another person, regardless of physical distance.

The Facebook smart glasses feature EssilorLuxottica SA-owned Ray-Ban’s famous Wayfarer frame design. Glasses are available in 20 variations of styles, like wayfarer, Wayfarer large, round, and meteor. Besides that, glasses are available in five colours. It includes a variety of lenses, such as clear, sun, transition, and prescription. The frame is some millimetres denser than a normal Wayfarer pair, and a heavier five grammes. It cost $299. While, on the other hand, a simple Ray-Ban’s famous Wayfarer frame costs around $150+. And for now, Facebook smart glasses are available online and in Australia, Canada, the United Kingdom, the United States, Italy, and Ireland.

According to Facebook, an LED light on the pair of Glasses will flash when the camera is turned on. The light is used to make others conscious that the wearer is capturing pictures or short videos. Facebook Smart Glasses also released a guide explaining how to appropriately use the pair of Glasses. For instance, turning them off in private places like public restrooms. And also avoiding operating them for nefarious activities like harassing or collecting sensitive information.