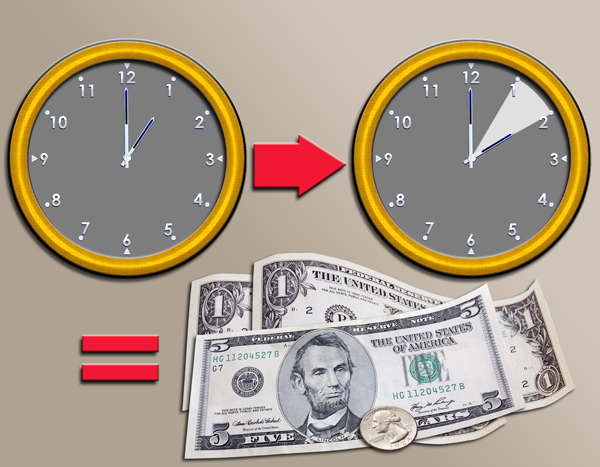 The minimum wage of a worker in the United States has remained the same since 2009. However, a lot of companies and fast-food chains have had tremendous growth in recent years. According to sources, from the beginning of the movement “Fight For $15” until now, many organizations have had millions in turn-over every year. Such as McDonald’s, BurgerKing, Wendy’s, to name a few.

On the contrary, the workers of these organizations still face the same minimum wage crisis. This will have a significant impact on the cost of living in the United States.

Stepping foot in a new era of increased minimum wage

The ongoing pandemic is a massive setback for minimum wage workers. As almost all the food chains and small chain businesses shut their doors in the past year. This pandemic has had an enormous impact on the workers as the cost of living increased. Also people couldn’t meet their daily expenses.

As compensation, The US government ensured to make up for the enormous losses in the economy. In 2021, almost 24 states in the US have increased the workers’ minimum wage. Although the salary differs from state to state, on the brighter side, workers seem to celebrate it regardless of comparisons. Since 2007, the federal minimum wage of a worker has been $7.25.

After many protests and gatherings, the average minimum wage to be estimated is $12 (only states that passed the law to increase minimum wage) in 2021. With pace and growth among the industries and their workers, by 2025, a worker’s minimum compensation would rise to $15 per hour. Gradually phasing to $15 per hour would have a positive impact on workers and also the economy.

If the minimum wage is $15 in 2025, 21% of the workforce in the United States will witness a roaring benefit. The average income of a worker is $25,000 annually. If the $15 per hour scheme comes into the picture, workers will make an extra $3,300 annually. In 2020. there were 59% of families that were below the poverty line, according to reports.

But in 2025, there will be only 18% of families in the US below the poverty line. Beginning to reverse decades of growing pay inequality between the underpaid and the median paid workers would start from the 15$ scheme, especially between the races and genders in the United States.

In 1960, an incline in the pay rate turned the tables of 20% reversal of growth of pay between the black whites residing in the US. The cost of living then was considerably low when compared to the cost of living now. Around 107 billion dollars would be generated to the higher minimum wage of workers in the 15 dollars per hour scheme.

This will have a positive impact on the communities in the US. The stimulation of the economy too will gradually grow. Also will provide more outstanding business quality and growth of jobs. All these factors put together will spur the country’s economic development. And help millions cope with the cost of living in the United States.

How the state minimum wage helps the economy

With an increase in the state minimum wage, the workers and the country as a whole would be helped. Or at least there won’t be any significant hurt in the economy. But, there are limitations when it comes to raising the minimum wage without affecting the growth of the businesses. The theory behind that scheme is that a consumer will have the upper hand in spending more. And also will automatically contribute to the development of the economy. Therefore, the extra pay would gradually help the workers meet their ends and help them cross the river of cost of living.

Some economists believe that the 15 dollar scheme and the minimum wage raise in 2020 will have a negative impact. That on the owners of small chain businesses as it would be difficult for them to pay for higher minimum workers with the turn-over they make per month. Also, another speculation is that the growth of job opportunities will decline. Small scale owners will make it a point to work with fewer employees as it will be hard to afford higher minimum wages.

Role of the public

According to reports, the public has always shown enthusiastic support for increasing the minimum wage. About two-thirds of the people residing in the US support the scheme. In 2021, the Democrats support (86%) was greater than that of Republican support (43%). On the contrary, more than half of the Republican community (56%) with an annual earning of less than 40,000 dollars have shown their support for the $15 scheme.

Furthermore, more than 94% of the black community have constantly been protesting for increasing the minimum wage. The great part is that there will be more equality between the races after the scheme is completed. There is tremendous support all over the country. This would be the change that will impact the cost of living to a significant consideration.

The low cost of living in the upcoming years

With significant support from the people all around the country, there will surely be an increase in the federal minimum wage in the upcoming years. All the protests and pleads will push the government to take significant steps to increase the minimums without affecting the businesses and the owners. Soon, there will be a considerable decline in the cost of living and boost the people’s morale by meeting their everyday needs.

Standard Bank: know everything about career and jobs