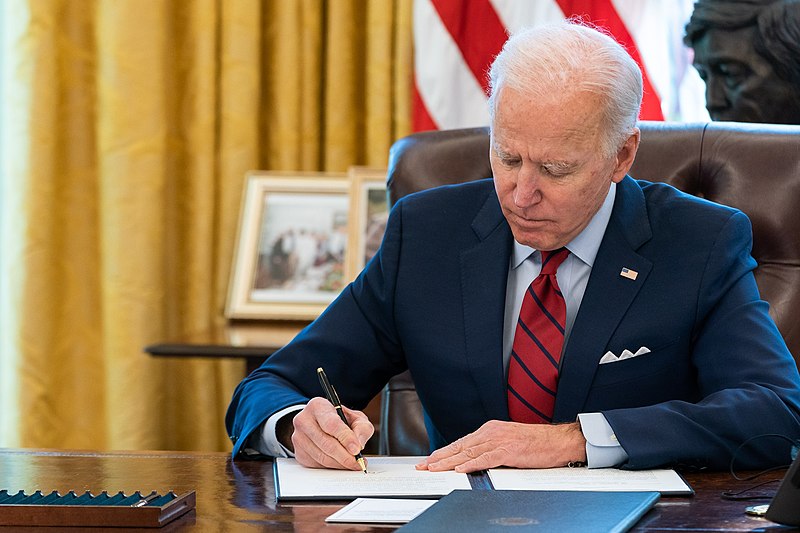 Executive actions have become one of the widely and frequently discussed facets of presidential power. It is an administrative tool. Most importantly, the president uses it to control the behavior of federal agencies. Oftentimes these directives are probable of carrying the forces of law, and should not negate the institutional statutes of the congress. But if there are cases due to whatever it might be the cause, it can easily be reversed at the president’s direction.

Now to the White House power seat. We’ve got to take a careful look into the process by which the U.S. president has deployed this ephemeral mode of enacting policy in the place of standard law. Coupled with the significant impact, the executive actions have got on the Americans. President Biden has since assumed office penned out several executive orders. In fact, Biden signed 17 executive actions hours after his inauguration as the U.S. president.

The virus hit the Americans real well. The U.S. recorded a high rate of infected people, hospitalization, and deaths. I’d guess this prompted Mr. Biden to take action to signing an executive order. That however confirmed the appointment of Jeffrey D. Zients as the official Covid-19 control director. So he has the responsibility to frequently update the president. In order to gear towards the innovation of strategies capable of aggressively driving a Nationwide response to curb the spread of the virus. Embedded in the action was the repositioning of the global health security directorate and biodefense.

Donald Trump in his time upheld the operations at the national security council. Therefore the executive action led to a national mask mandate. That many claims resulted in a legal challenge. Why? Because the president demanded social distancing and usage of masks. The measures were deployed on every government property and employees. It may be quite funny, as the president proposed a 100 days making challenge. However it was to implore all Americans to put on masks. Perhaps the quest for meeting up to the challenge. Will consequently help implement public measures that could prevent the spread of the virus.

Not everyone would see a need to furbish the infrastructural system of the United States. But Joe Biden engages the legislative arm. So they could pull out the way into the renovation plan using an executive order. The Senate passed a bipartisan infrastructure bill of One Trillion dollars. How will such huge federal investment be portioned for an aging public work system? was the debate generated.

The vote was finally on a tally of 69 in favor to 30 against. However driven with the aim of economic fortification. In order to aid the American response to the evolution of the planet. The prime core of spending the drafted plans. However came with an overall focus on transportation, utilities, and pollution cleanup. All directed towards intensive societal sustainability. Transportation budget includes roads, bridges and others. The budget covers a large percent of the bill, a total amount of $110 billion.

An amount of $25 billion is scheduled for airports. $66 dollars went in for railways. $65 billion was meant to address utilities. Consequently, aim at connecting hard-to-reach rural regions to high-speed internet with users’ installations. Also, Western water infrastructure would take $8 billion. However Roughly $21 billion would go to cleaning up abandoned wells and mines, and Superfund sites.

Executive Actions on Immigration and Visas

President Biden adopted a good way to bolster the Deferred Action for Childhood Arrivals scheme. Obviously to prevent the deportation of those brought to the United States as children. So this placed a call on Congress to enact a law offering permanent residence and citizenship opportunities to immigrants. It also entails the inclusion of non-citizens in the census count. In order to establish what Trump revoked. Likewise blocked the deportation of Liberians who live in the U.S. Another matter it addressed was the halting of Mexico border wall construction. Similarly, lifting the Muslim travel ban into the United States.

One of the prime concerns of the citizens has been a call for adequate climatic control. However, the initiation is to tackle problems arising from climate change . The documentation process that ensured the inclusion of the United States in the Paris climate consensus. Most importantly meant to enhance environmental policies, revoking the Keystone XL pipeline. Likewise to reverse the vehicle emissions standards rollbacks.

Americans have over the years been in the wake of fighting racism to its nook. This led to president Biden handing the appointment to Susan E. Rice. In this vein, she was Biden’s domestic policy council. Many believe it’s time to root out racism. So it was an order directing the removal of barriers to opportunities in policies and schemes to ensure equity. The executive action also moves to ensure that all Americans regardless of background. Are to have equal access to federal resources, benefits, and services.

Biden came up with this order to implement an extension to federal payments to agencies. For instance Agriculture, Veterans Affairs, and Housing and Urban Development Departments. Therefore leading to federal mortgage suspension in response to coronavirus pandemic. The suspension of the debt payments is to trigger economic buoyancy. So it could lead to an influx of funds for proper economic stability and growth.

This order might not sound quite new. Perhaps it’s a move he has got to follow the footsteps of his predecessors. The president established ethics rules to guide the conduct of his political appointees. That will enable citizens to “restore and maintain trust in the government.” Therefore, all the executive branches were ordered to sign an ethics pledge. Keep an eye on our website to stay informed.

The United Nations general assembly have been launched