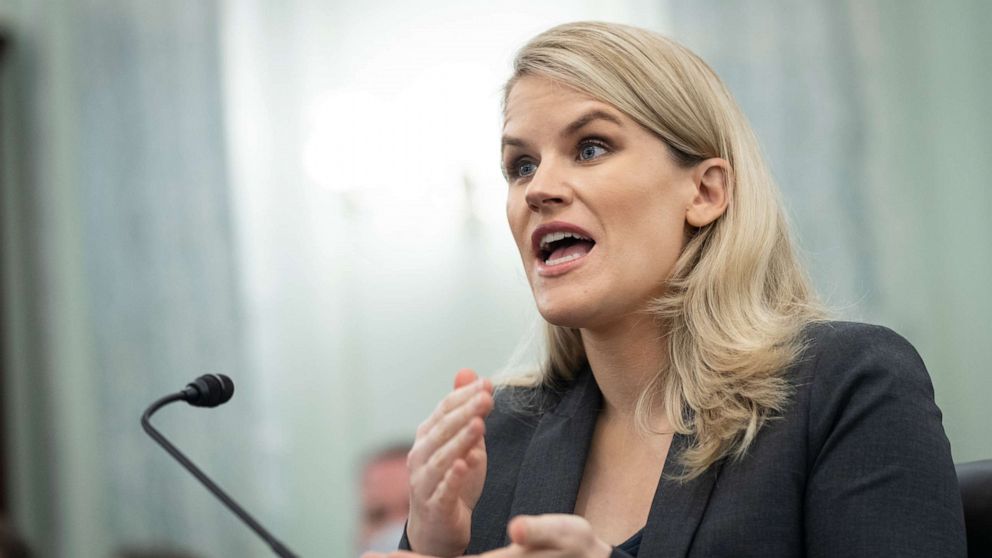 We are living in a world where using social media platforms is a part of our life. We cannot survive without them. Because somehow, we get addicted to them. As we all know that there are numerous benefits of social media like it connects us globally. But everything comes up with its pros and cons.

That means social media platforms come with their bad effects too. It can trap you in the reel world that can interrupt your mental health. Therefore, what do you think about the Facebook whistleblowers’ allegations? Let’s dive into the article to know about some hilarious highlights.

Frances Haugen is the Facebook whistleblower who comes up with several allegations. She is the former Facebook data manager and scientist for the civic misinformation team. Haugen worked for Google, Pinterest and Yelp before joining Facebook. She just came up with some notorious and plausible allegations against Facebook in the testimony. On Tuesday 5th October, a Senate hearing was held at Capitol Hill in front of lawmakers. Where she brings some serious tenets with strong internal documents as evidence.

Haugen worked at Facebook misinformation management for 2 years. She observed that various tactics and schemes were used to increase the traffic by Facebook. It is not happening for the very first time that the former workers of Facebook come up with such allegations. But the thing that makes Haugen stand among all of them is her strong, clever, and authentic internal evidence. She was very confident and vocal about certain allegations. Following are the few highlighted allegations:

Haugen claimed that Instagram which is under Facebook is disturbing our young generation. As we can see around us, we are now more concerned about real life. When we are using Instagram or Facebook, we see others’ posts. Especially, the young generation gets more attracted by the fake illustration of perfection. They start criticizing themselves and think inferior to themselves. This affects their mental health when they always try to validate themselves by those platforms.

In this regard, Frances Haugen shared various internal researches done by Facebook as evidence. There was research by Facebook on teen girls according to which 13.5% of girls express the use of Instagram leads them to suicidal thoughts. Another survey exposed that 17% of young girls are experiencing eating disorders due to Instagram usage. In short, the use of Instagram was disturbing their mind that was leading to various side effects.

Haugen exposed various studies conducted by Facebook that are proving that Instagram is affecting teens. Another research claimed that 32% of teens (girls) think badly of themselves. They are so much indulged in real life that they feel bad about their existence. Facebook was also targeting teens intentionally just to make them addicted to this app.

As per as concerned with the actions of Facebook against teens protection. They did not take any action to avoid these terrible outcomes. In fact, they prioritize their algorithm instead of teens’ health. Facebook did not intend to make a safe algorithm for the affected generation. Instead, it affected the healthiness and protection of teens. Facebook responded to this allegation by explaining that the teen’s protection program was on pause. Therefore, it will be implemented soon to avoid the usage of Instagram by teens under 13. Additionally, Facebook claimed that research also showed that people feel more connected on Instagram.

Frances Haugen took a step forward and filed complaints against Facebook. She filed a total of eight complaints including insensitivity towards youth health and not removing hate content. She added that Mark Zuckerberg, the owner of Facebook, was well aware of all these problems. He did not take any step against the actions that caused harm. He knows how Capitol siege’s organizers use Facebook for their own benefits. In this regard, Zuckerberg lies to the investigators by rejecting all those allegations that make him break the law of the US.

Mark Zuckerberg response on these allegations

Mark Zuckerberg rejected all the allegations imposed by Frances Haugen. Instead, Facebook started a counterattack on her. They claimed that Haugen didn’t have access to such sensitive internal information. Plus, she didn’t work in their space for a long period. He added that there are researches that proved that Facebook and Instagram provide connectivity to the people. People are successfully running their online businesses and promoting them. Furthermore, according to them, the teen protection laws are on pause for a long time due to some reasons. But now they will take action on them.

Facebook whistleblower blows a blast on Facebook by bringing evidence in front of lawmakers. She displays several internal documents about how Facebook has a bad algorithm. How Instagram is affecting the teen’s health and protection. It is contributing towards hatred instead of stopping and removing such content. She also demanded the lawmakers to bring more internal papers that are showing the same. In a nutshell, still these allegations do not prove yet.

The United Nations general assembly have been launched